The Dangers of Adverse Possession: How Can You Prevent It? 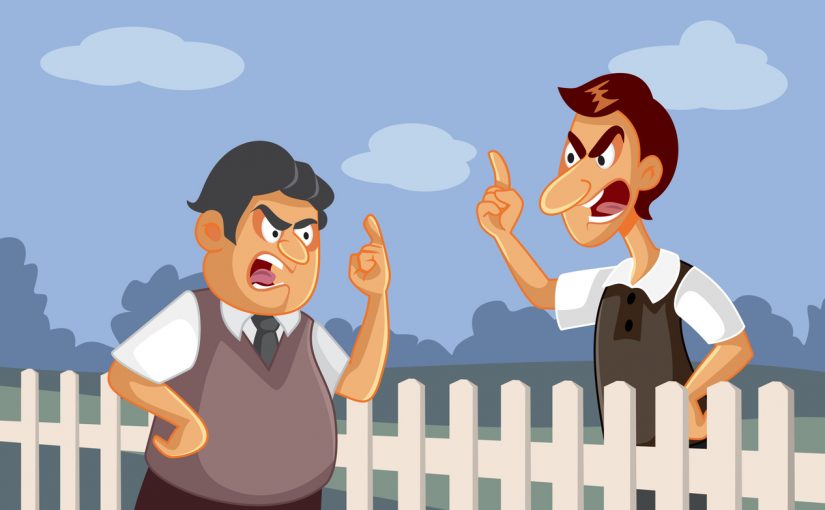 Picture this: you’ve lived peacefully alongside your neighbor for as long as you can remember, and not much about your properties has changed. A simple fence separates you, with a small shed on your neighbor’s side. Specific life changes have now facilitated the need for you to move homes. However, after an initial assessment of your property and its boundaries, it’s found that your neighbor’s shed and fence have been encroaching on your property for all these years! In your attempt to rectify this issue and notify your neighbor of their encroachment, they come back to you with attorneys in tow. Your neighbor has chosen to enact adverse possession.

For those who’ve never heard of adverse possession, it’s more commonly known as “squatters’ rights.” And although adverse possession isn’t a commonly used law, it has the potential to create a significant headache for homeowners and property developers alike. Thankfully, there are ways you can avoid adverse possession with a little assistance from Austin Engineering’s survey teams.

What is Adverse Possession?

One of the most significant requirements for you to claim adverse possession is the length of time you’ve been using a piece of property. Per Illinois law, that statute is 20 years. In addition to encroaching or trespassing for 20 or more years, those wishing to enact adverse possession must prove the following:

Can You Stop Adverse Possession?

Don’t Let Adverse Possession Claims Get the Best of You

Adverse possession can be a tangled legal mess for property owners, land developers, and homeowners. Thankfully, some steps can be taken to negate adverse possession requirements. And with assistance from Austin Engineering’s survey team, you can be confident in your property’s established boundaries. To ask about our surveys or if you are interested in any of Austin Engineering’s other land development services, contact us today at 309-204-0694. Also, we are located at 311 SW Water St, Ste 215, Peoria, IL 61602. 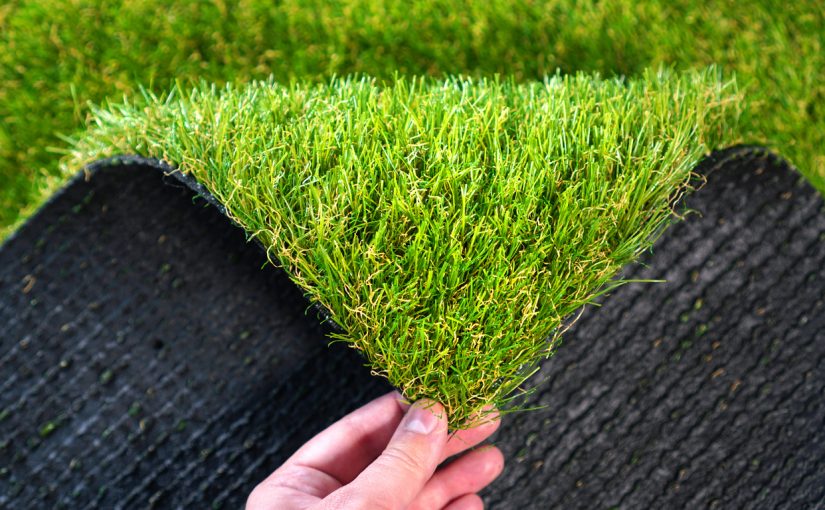 As we look forward to next year and the hopeful comeback of sports across the country, we can bring up a debate that’s been putting sports fans, players and facilities at odds for years: synthetic or natural turf? The question of which turf is better may seem silly to those not as into sports, but for avid sports fans and participants, your field’s material makes all the difference. And while we’re not here today to convince you of one type of turf over the other, Austin Engineering is ready and willing to present both types of turfs and the pros and cons that go along with each. Afterward, it’s up to you to decide which you may prefer.

In recent years, many fitness centers, high-school stadiums and professional sports centers have gotten away from natural turf and replaced their fields with synthetic grass. And while this turf option has a higher upfront price point, there’s a level of convenience that’s difficult to beat.

It’s hard to argue with the traditional appeal of natural turf. And while a synthetic field has its benefits, natural grass is still one of the most popular choices for constructing or refinishing a sports field. Price and flexibility are also something to be desired when picking traditional.

The choice is yours, whether you wish to go with synthetic or natural turf. Both have distinct advantages and disadvantages, and either may work better for the area or sports games you wish to support. But no matter your choice between the two, you can count on the experts at Austin Engineering to help install your preference. Our team has incredible experience with landscape design, and we can recommend what we believe would work best for you, based on your needs. So, whether you’re team synthetic or team turf, we can be sure Austin Engineering will always support your next landscaping project. To learn more about our company and the services we offer, call us today at 309-201-0694. Also, we are located at 311 Southwest Water Street, Ste 215, Peoria, IL 61602. 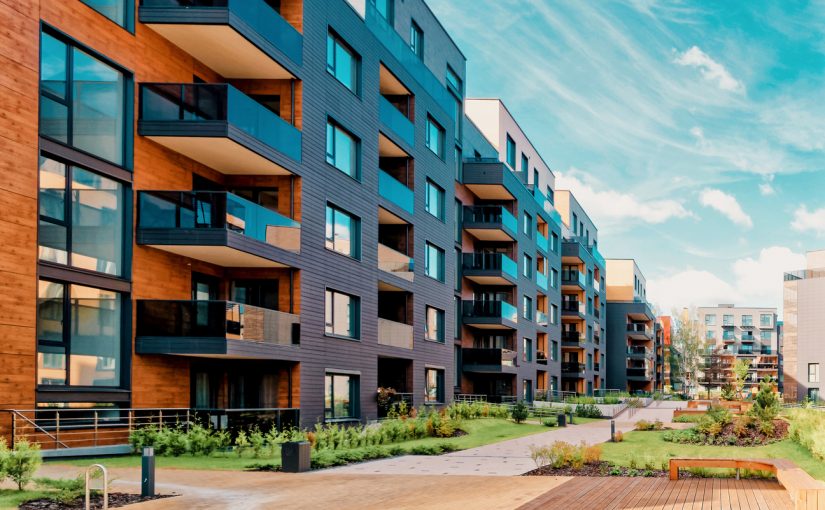 We’ve discussed plenty about urban design and development in previous blogs and what it entails for communities across the United States. However, there’s much more that goes into planning development before the actual implementation of a plan. And while the urban redevelopment process can become long and tedious at times, it considers multiple factors and always puts forward the best interests of those living in a targeted area for redevelopment. By understanding the process, you’ll know the work that goes into the property’s redevelopment and how the result affects you.

What is Urban Redevelopment?

Urban redevelopment (urban renewal) is the act of designating typically already urban areas to be rezoned and redeveloped from low-density to high-density property. Many cities have seen their urban redevelopment projects turn run-down housing into mixed-use or commercial development. And just as much as the local government gets involved with urban redevelopment, the local community votes to make decisions on the project going forward.

What is the Process?

A city’s government can’t “announce” plans for urban redevelopment on the fly. There’s extensive research that first takes place to determine whether an area is truly in need of redevelopment. Afterward, a plan is put forth, the community decides whether they approve of the plan presented, and the redevelopment can then begin.

Before any agreements are made, and plans are considered, a thorough study of the land in question must be completed. Such a study will determine if an area qualifies for urban redevelopment by meeting criteria for blight, as defined by local or state governments. Blight, or urban decay, is measured by several factors of an area:

If an area is at abnormally high levels for several or all these measurements, it can qualify for urban redevelopment.

Once the research is complete, the planning phase for urban redevelopment can begin. As the local government spearheads most redevelopment initiatives, a legal framework for an acceptable redevelopment amount must be established. Furthermore, funding for the redevelopment must be proposed, whether from taxpayer dollars, the city coffers, the state government, etc.

A complete urban redevelopment plan should also set the goals it wishes to achieve after the final project is complete. For example, some common goals may include:

After an urban redevelopment plan is in place, the final thing to be done before it begins is to get a community’s input. As most plans hope to utilize financing through taxes, the residents of the area to be focused on are given a say in whether they want the plan to be amended or move forward. Often, in this time between planning and implementation, a redevelopment plan will go through multiple changes to best serve the community it will affect.

Another factor you might consider, as a resident of an area targeted by urban redevelopment, is what the city is offering you to allow them to redevelop your property. In most cases, if you live in or own property the city is interested in, they will offer you continued ownership in that property equal to your current stake. Or, you might be presented with an option of a buyout if continued ownership isn’t something you’re interested in. The point being, the city wants you and your area to prosper, and they will help you be a part of ongoing urban development or offer you a suitable amount if you wish not to be a part of the area’s renewal.

The Greater Peoria area has undergone numerous urban redevelopment projects, both big and small. For example, you can consider the recent years spent investing in and updating the Riverfront District one of Peoria’s most significant urban redevelopments. This project was done on a larger scale and heavily affected residents, small businesses and industries alike. What was once an area of warehouses and distilleries is now a booming district full of apartments, restaurants, entertainment and more.

Contributing to the Urban Redevelopment Effort

Over the years, Austin Engineering has contributed to the urban redevelopment efforts undertaken throughout the Greater Peoria area. As a civil engineering company and professional land surveyors, we provide services both private landowners and municipalities take advantage of. And if considering an urban redevelopment project or any other land development project for yourself, Austin Engineering can provide the support you need. To learn more, call us today at 309-204-0694. Also, our Peoria office is located at 311 Southwest Water St, Ste 215, Peoria, IL 61602.

No one can predict when a natural disaster will strike. Sometimes, the most we can do is monitor the path of large storms and manage the damage in the aftermath. And for scenarios like this, insurance providers will often provide some sort of specific coverage. For example, if your property is at risk of flooding in severe weather, an insurance provider should offer flood insurance. However, you, unfortunately, may still not be fully covered. Without a proper assessment of your flood risk, your insurance might not offer enough coverage after an incident occurs. And this is where Austin Engineering comes in; by providing you with a flood survey and getting you an elevation certificate for your property, you can be sure your insurance supplies appropriate compensation in times of need.

What is an Elevation Certificate?

Conversely, getting an elevation certificate can help you become exempt from flood insurance. By performing a flood survey, we can help you determine if your property is well above the base flood elevation (BFE). BFE is the key determining factor in assessing your flood risk. Thus, in proving your elevation exceeds the BFE, your insurance may no longer require you to pay for flood insurance.

Do You Need a Flood Survey?

In short, if you are confident you are nowhere near a flood zone, you won’t need a flood survey and elevation certificate. However, as previously mentioned, even if you’re close to a source of water, it would be in your best interest to have your land surveyed. At the very least, you should confirm whether you’re in a flood zone or not. The Federal Emergency Management Agency (FEMA) provides a quick and easy tool that tells you where your property may lie in terms of floodplains. Other reasons you may need a flood survey include:

Not just anybody can help you with a flood survey. Check with your local floodplain manager or the previous owner of your home, first, to see if an elevation certificate already exists for your property. However, if you do not possess a certificate, only a state-licensed engineer or surveyor can guide you through the process of acquiring one. And, thankfully, Austin Engineering is exactly the surveyor that can assist. With two full-time survey crews on staff, we are equipped to handle your every survey need. Whether looking to protect your home or business from severe flooding, Austin Engineering possesses the tools and knowhow to get the job done.

If you have questions about the flood surveying process or wish to learn more about an elevation certificate, call Austin Engineering today at 309-228-9547. Also, our Peoria office is located at 311 SW Water St, Ste 215, Peoria, IL 61602.